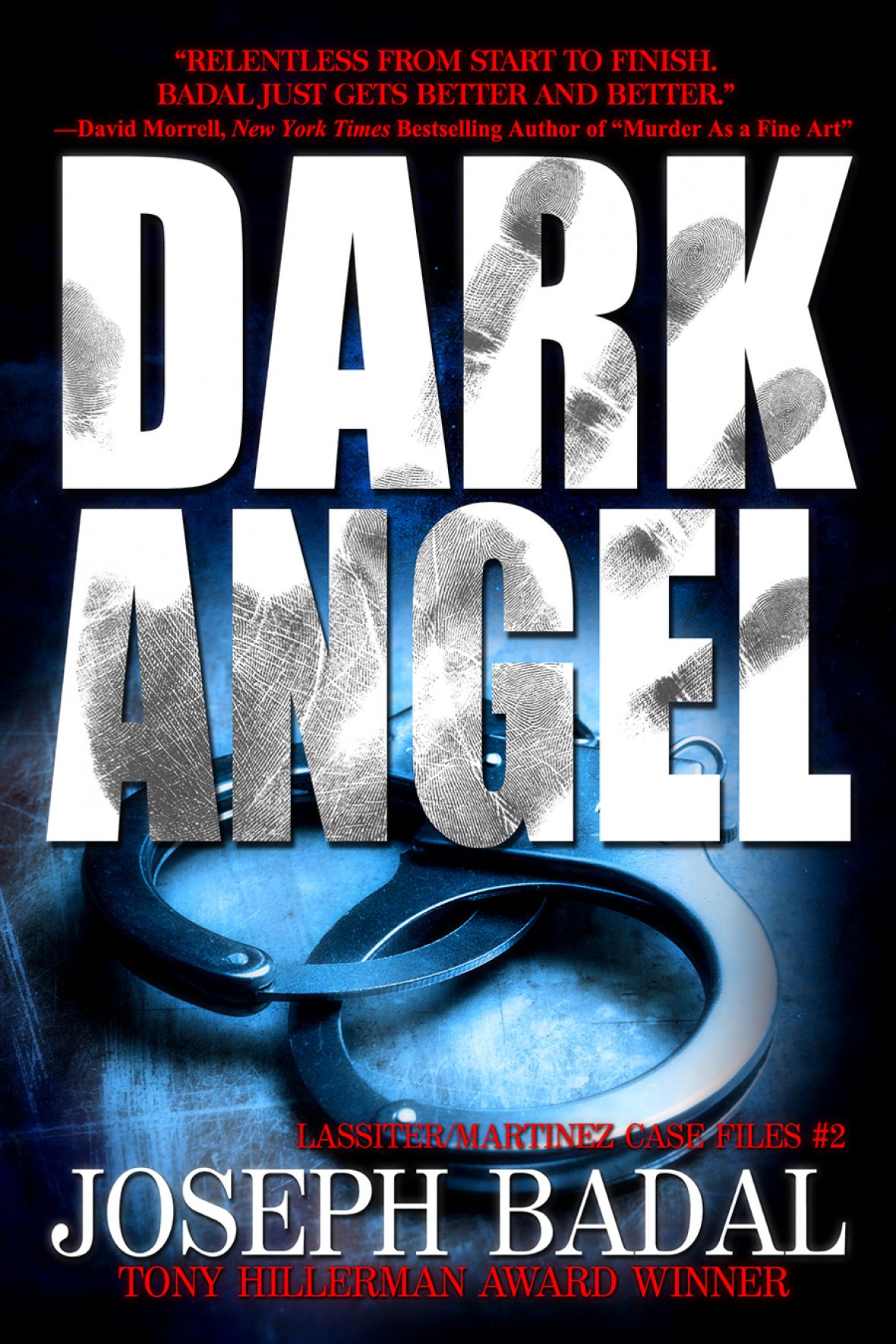 In “Dark Angel,” the second in the Lassiter/Martinez Case Files series, Detectives Barbara Lassiter and Susan Martinez pick up where they left off in “Borderline.” Assigned to a murder case, they discover that their suspect is much more than a one-off killer. In fact, the murderer appears to be a vigilante hell-bent on taking revenge against career criminals who the criminal justice system has failed to punish.

But Lassiter and Martinez are soon caught up in the middle of an FBI investigation of a monstrous home invasion gang that has murdered dozens of innocent victims across the United States. When they discover a link between their vigilante killer and the home invasion crew, they come into conflict with powerful men in the FBI who are motivated more by career self-preservation than by bringing justice to innocent victims.

Award-Winning and best-selling author Joseph Badal presents another intricate, tension-filled mystery that puts readers on the edge of their seats from the first page to the last, and will have them demanding more Lassiter/Martinez stories.

"From the first page to last, if you have a pulse, you're hooked! Badal delivers a gripping stopry that never gives up, never quits until all accounts are settled."
--Tom Avitabile, #1 bestselling Author of "Give Us This Day"

"The uniquely original "Dark Angel" is a riveting, on-point thriller that reads like Brian Garfield's "Death Wish" on steroids. The second in Joseph Badal's series featuring detectives Barbara Lassietr and Susan Martinez offers up a dark world of murder and madness where just enough light manages to push its way through. The pacing is crisp and the plot twists constant, as Badal plants himself firmly on the hallowed ground of tess Gerritsen and John Sanford. "Dark Angel" is crime-thriller writing at its absolute best."
--Jon Land, USA Today Bestselling Author of "Strong Cold Dead"

" 'Dark Angel' is another thrill ride by acclaimed suspense author Joseph Badal. The second book in his Lassiter/Martinez Case Files series, this one finds them hunting a vengeance-crazed vigilante, who forces them to question their idea of justice. It's relentless from start to finish. Badal just gets better and better."
--David Morrell, New York Times Bestselling Author of "Murder As a Fine Art"